So the plan for the next Hero Kids expansion is for 10 new heroes, 5 all-new pets, and a bunch of new equipment for your games.   One thing I'm considering for the equipment is including a price on them so that you can include treasure and shops in your games: 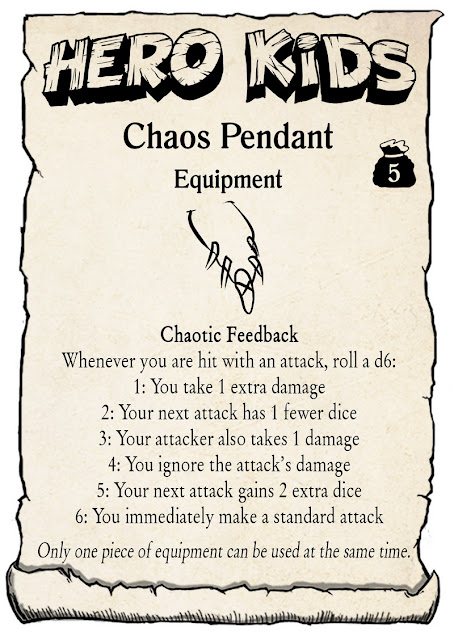 Hero Forge Games at DriveThruRPG
Posted by Justin Halliday at 05:43 No comments:

I'm currently working on pets to include with the new set of heroes, and they're raised some questions and quandaries!   Simply put, pets can work like extra heroes (with all of the usual actions and abilities) or they can work as an extension of the hero that they 'belong' to.

Here's an example pet that would be an extension of the hero it belongs to: 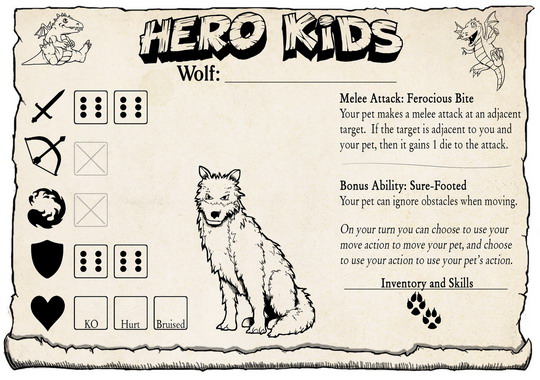 The reason for the difference between pets with full sets of actions and those that are extensions of their heroes is to do with the 'action economy'.   If the heroes of some players have pets and others don't have pets, then the players whose heroes do have pets will have much more stuff (more actions) they can do on their turn than the other players.   This will make the other players sad.   Which makes me sad.

However, if solo kids are playing with pets, then they would probably prefer to have a full set of actions for both their heroes and their pets...

Hero Forge Games at DriveThruRPG
Posted by Justin Halliday at 06:53 No comments:

Don't tell anyone, by there's a special temporary Hero Kids bundle up on DriveThruRPG. This bundle includes all the PDFs: Hero Kids core rules and introductory adventure, six normal adventures, and the one premium adventure.

The price is a rock bottom $9.99, which is a massive 67% discount over the full price for all of these!

Grab it here (while it lasts):