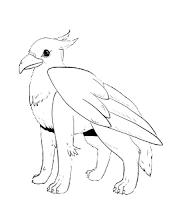 •  The Giant Riding Beetle has no attack, but its thick carapace makes it a powerful ally. (This pet card comes in two versions: Ladybug [aka Ladybird] and Rhino Beetle)
•  The Giant Komodo Dragon’s powerful bite can make enemies weaker
•  The Magic Butterfly can summon a whole swarm of butterflies with razor sharp wings.
•  The Wolpertinger is a strange and terrifying animal that most people have never seen.
•  The Chamrosh is a cross between a dog and an eagle – and it can make a leaping flyby attack.
•  The Raiju is a small animal that has electrical powers – it has a shocking attack, and it can move around with lightning speed.
•  The Stag is a regal animal, but you don’t want to be on the wrong side of his antlers when he makes his charge attack.
•  The Monkey is a clever and useful ally both in and out of combat.
•  The Porcupine uses its sharp quills to both attack and defend itself. It can even shoot them!
•  The Chameleon is virtually invisible when it’s sneaking around.
•  The Gromp has the ability to shake the earth and knock enemies over with its powerful stomp. (This creature was first seen in the Bayhaven adventure “The Ringmaster’s Request.”)

Get it here:
Adventures in Bayhaven - Pets Expansion
Posted by Justin Halliday at 02:13 No comments: