The Hero Kids fantasy role-playing game for kids comes bundled with an introductory adventure and tons more adventures are available separately or in adventure pack bundles.  This list also gives a pretty good order to play the Hero Kids adventures: 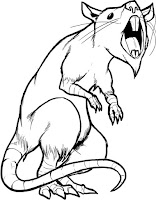 This introductory adventure comes bundled with the Hero Kids fantasy RPG.  In Basement O Rats, the kids must rescue one of their friends from the unusually large rats that have overrun the basement of the town's tavern.
•  Intro adventure with five encounters and maps
•  Includes one new monster: King rat

Curse of the Shadow Walkers (Normal)

The Curse of the Shadow Walkers adventure finds the kids spending a day off at a swimming hole to the north of Rivenshore.   On the way home they help a young girl to bring her runaway cart under control.   She begs the heroes to help her mum and dad fight off a pack of hungry wolves, but could there be more to these attacks?
•  Adventure with five encounters and twelve maps
•  Includes three monsters: Werewolf, wolf, and giant spider

Escape from the Ghost Pirates (Normal)

The Escape from the Ghost Pirate adventure sees the adults and kids of Rivenshore captured by pirates and thrown into the hold of their ship.   Can the kids escape from the hold and rescue everyone from the pirates, and will they discover the pirates' terrible secret?
•  Adventure with four encounters and maps
•  Includes two monsters: Pirate captain and ghost captain

The Wizard's Tower adventure takes the heroes from Rivenshore to the wizard's tower on the eastern peninsula that encloses Brecken Bay.  The wizard, Mortain, has gotten himself into trouble and needs the kids' help!
•  Adventure with five encounters and six maps
•  Includes five monsters: Frogling hunter, frogling warrior, water beast, rickety construct, and helm knight

The Fire In Rivenshore adventure takes place when a fire breaks out in Rivenshore.   The kids are asked to help battle the blaze and find its source.   After rescuing Roger in the burning tavern and battling looters, the kids discover that a bullied street urchin (Bree) is responsible for the fires.   But do they choose to arrest her or let her go?
•  Adventure with five encounters and seven maps
•  Includes the new Firestarter hero
•  Includes five monsters: Brigand leader, brigand swordsman, brigand archer, brigand bandit, and Bree the firestarter

In the days before Rivenshore's annual midwinter Yuletide feast, the village has not heard from the festival's annual guest, Odin, who is the protector of the Brecken Vale.   The kids set out on a journey to Odin's home in the northern mountains, and along the way they meet new friends, overcome dangerous challenges, and face fearsome enemies.
•  Adventure with six encounters and two new maps
•  Includes two new elf heroes; Woodswalker and Druid
•  Includes two pieces of equipment
•  Includes three monsters: Hill giant, dire wolf, wolf

Tomb of the Lost King (Hard)

On the night of the dead moon, the kids are woken by the ghost of their clan's lost king, Rothgar.   Can the kids overcome Rothgar's challenges and earn a valuable piece of equipment?
•  Adventure with six encounters and maps
•  Includes four pieces of equipment
•  Includes three monsters: Skeleton shambler, skeleton warrior, and the scary ghost 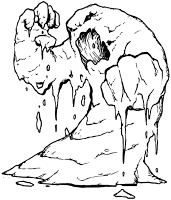 When the town’s well runs dry, a child’s pleas for help echo from the dry pit.  The kids must delve to rescue the lost child.  Yet something sinister lurks in the ancient structures beneath the town, and the kids will need all their skill and bravery to rescue the lost child Emon.
•  Adventure with seven encounters and maps
•  Monster Cards for the unique monsters (water beasts, dire rats, slime, slime beast)
•  Additional 14 modular encounter maps

When two brave miners (not minors) disappear after reopening the Mines of Martek, the kids are the only ones who are small enough to squeeze through the rock-fall that has blocked the entrance.   Can the kids rescue the miners and find out what caused the mines to be abandoned in the first place?
•  Adventure with seven encounters and maps
•  Includes three monsters: Giant spider, spider egg, and spider queen

On the eve of another harsh winter, the kids are sent on a journey to the village of Willowsdell to determine why their autumn produce wagons have not arrived in Rivenshore.   Can the kids make it to the distant outpost and discover what has happened to the lost village?
•  Adventure with nine encounters and five encounter maps
•  Includes eight monsters: Brigand leader, brigand swordsman, brigand archer, brigand bandit, lizardkin warrior, lizardkin shaman, lizardkin archer, and lizardkin savage

Glade of the Unicorn (Hard)

The Glade of the Unicorn adventure takes place on one of the kids' routine patrols into the Darkenwold Woods.   During their patrol they rescue a unicorn from a pack of marauding goblins.   The unicorn has been mortally wounded in the attack, so the kids must quest deeper into the forest to find a cure.
•  Adventure with nine encounters and maps
•  Includes seven monsters: Wolf, dire wolf, goblin warrior, goblin shaman, goblin jabber, goblin stabber, and goblin archer

Reign of the Dragon (Hard)

This premium adventure takes the kids on a journey to rescue the dragon Algoxarth.   Can the kids slip past the cultists who have surrounded Rivenshore?  And can they rescue Algoxarth and her dragon egg from the Dragon Prince, or will he succeed in his fiendish plan?
•  Premium adventure with 11 encounters
•  Includes monsters; cultists, dragon, dragon hatchling, dragon prince
•  Includes two playable heroes; dragon hatchling and dragon warrior
•  Includes 13 new modular map tiles and extra variations

Maze of the Minotaur (Hard)

This premium adventure takes the kids deep into the lair of the fabled minotaur.   Can the kids find a piece of the beast's treasure and escape, or will they fall foul to the minotaur or one of the other monsters and traps as they explore his maze?
•  Premium adventure with 12 encounters
•  Includes 35 modular maps for the minotaur's maze!
•  Includes one monster: Minotaur