Hey all, the Brecken Vale Gazetteer is now out in print!  Get it now here: 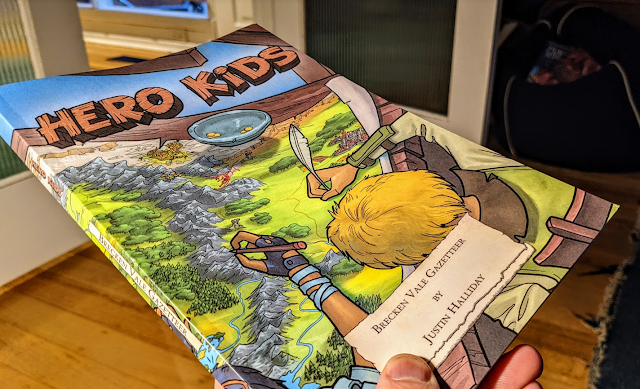 In putting together the Hero Kids Brecken Vale Gazetteer, I (finally) correctly organised the adventures into tiers of play.

In the Gazetteer, these are arranged geographically, beginning with the Adventures in Rivenshore, then Skritteland, then adventures Across the Vale.

The Adventures in Rivenshore tier are introductory adventures and will be adjusted to have Easy difficulty.

Adventures in Skritteland are slightly more challenging and will be adjusted to have Moderate difficulty:

Beyond those adventures, the rest will be Hard difficulty.

Which begs the question, what does it mean for an adventure to be Easy, Moderate, or Hard.

Until now, the difficulty of Hero Kids adventures has been a factor of their duration (the number of  encounters) and the challenge posed by the enemies in each encounter.

However, the difficulty of each combat encounter is difficult to calculate, due to the multitude of factors that goes into it:

Those of you who've played any Dungeons & Dragons, will know that there's no easy or reliable way of calculating the strength of a monster, or the strength of a party of adventurers.  And it would be foolish to think that Hero Kids is simple enough to afford a simple calculation.

But Hero Kids is simple enough to estimate encounter difficulty.

To estimate the difficulty of an encounter, we need to establish a baseline.  For this, I propose that the baseline is derived from a single hero, basically factoring in that heroes abilities, armor, and health boxes (but not their Special Action and Bonus Ability). 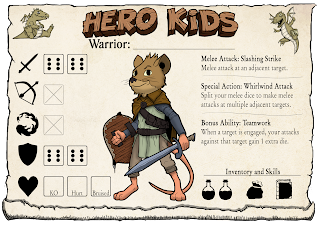 Luckily, all heroes use the same rules to calculate their abilities (strength, dexterity, and intelligence), armor, and health.  Heroes have 4 dice to assign to their abilities and armor and they have 3 health.  The 4 dice arranged between abilities and armor reflect a hero's power, and the 3 heath reflects their longevity.  Together, their power and longevity reflect their overall power.

For heroes that use ranged or magic, which cost extra dice to assign, I'm going to assume that their longer ranged attacks (and other abilities) are balanced out by their lower dice of ability dice.  So all heroes have the same 12 power.

Enemies, comparatively, do not follow preset rules for their creation, so their power varies a lot.  But we can use the same rules to estimate their relative power: 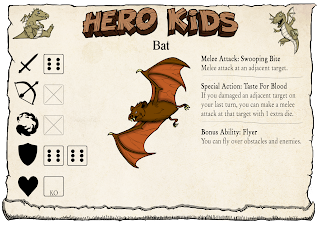 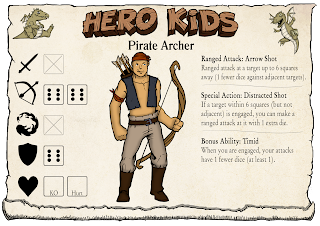 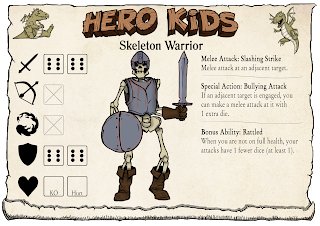 For these enemies, we have:

Comparatively, a 'boss' creature is more comparable to a normal hero:

This King Rat is a boss creature, and is the same power as a single hero:

Now that we have a baseline for a creature's power, we can estimate encounter difficulty.

For this, I'm using the following (rough) calculations for the difficulty of each encounter:

There are several caveats to this estimate.

First, the bosses clearly outmatch single heroes.  For this, we will rely on the heroes' health potions to give them enough advantage to survive climactic battles.

Second, magic and ranged abilities cost 2 dice, but only give 1 dice for those attacks.  We'll assume that these heroes are roughly the same power as baseline 4 dice ability heroes.

Third, when there are 3 or 4 heroes, their abilities reinforce each other (Teamwork, split attacks, etc), significantly increasing their collective power.  In this case, some increase in the power of enemies can be accommodated.

Let's take a look at a Moderate encounter.  As you recall, this encounter should have 8 power for each hero. 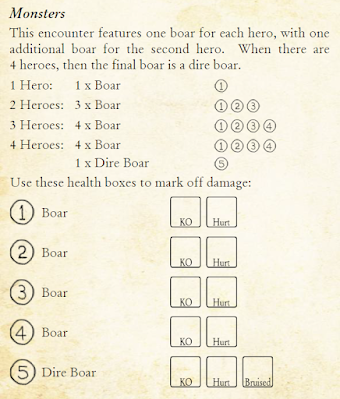 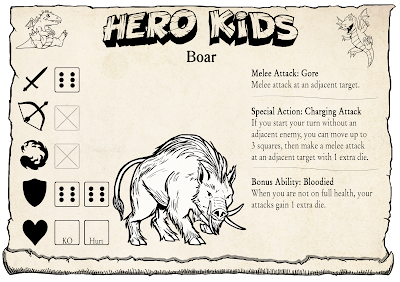 Based on these monsters, the combat has the following difficulty calculations:

As you can see, the exact difficulty varies for each hero due to the granularity of the underlying monsters.  But even with that variation, this encounter generally adheres to the 8 power per hero difficulty expected of a Moderate difficulty adventure.

So there you have it.  Is this workable in practice?  What's your experience been with individual encounter difficulty?  Will this help?  Is it close to 'correct'?

This difficulty calculation revision will be incorporated into all of the Hero Kids adventures over the next few months in the lead up to:

The Brecken Vale Gazetteer is jam packed with all-new artwork and 79 pages of information about the places, people, customs, factions, and adventures of the Brecken Vale.

Inside the gazetteer you'll find: Heroes From Out of Time

Here's something new for Hero Kids; Heroes from Out of Time!

This expansion for Hero Kids includes ten new heroes for your game:

Check out the Hero Kids Complete Fantasy PDF Bundle at DriveThruRPG
Posted by Justin Halliday at 01:20 No comments:

Hero Kids in the wild

Does this count as celebrity endorsement?

Posted by Justin Halliday at 01:13 No comments:

The first stage of the Hero Kids color updates is now complete!

Check out a bunch of the new artwork below (including the new Brecken Vale map! 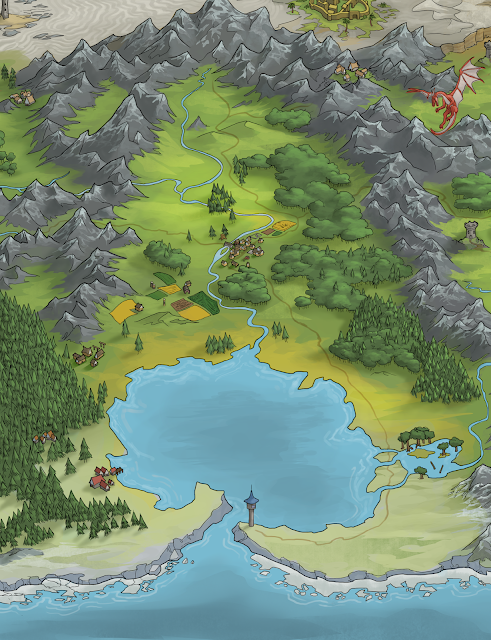 The first step in this process is to color all of the Heroes.

Which is a lot: 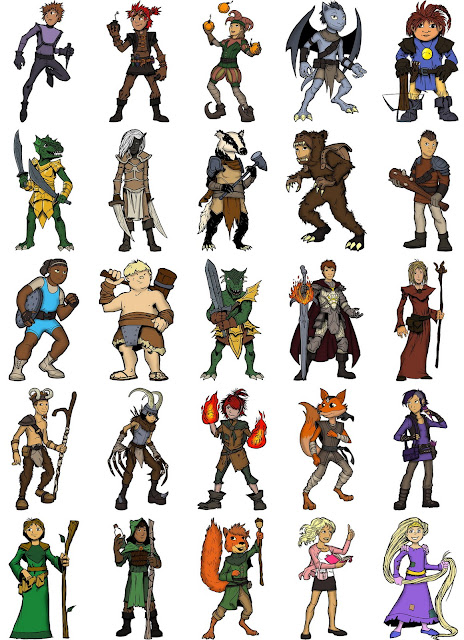 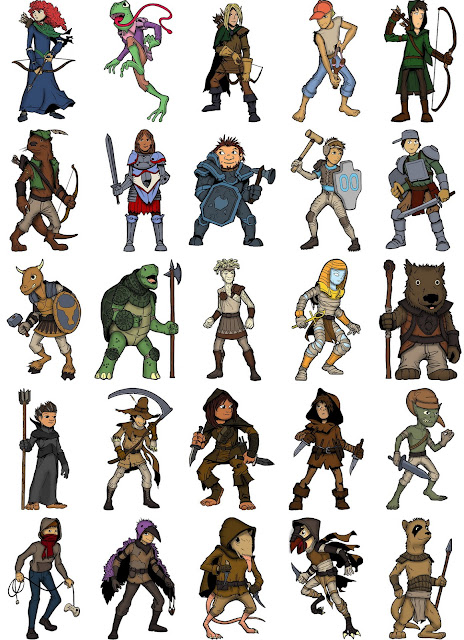 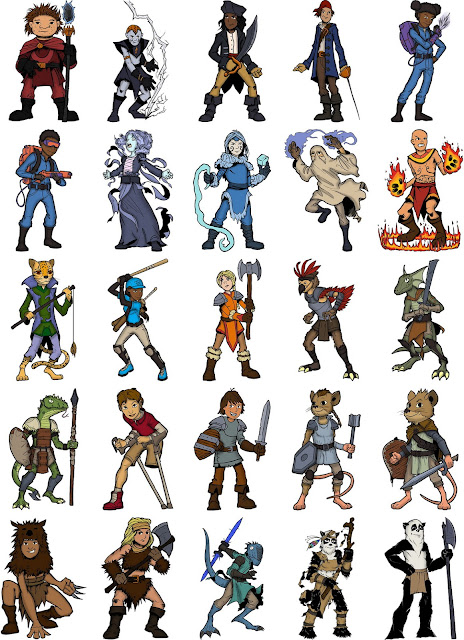 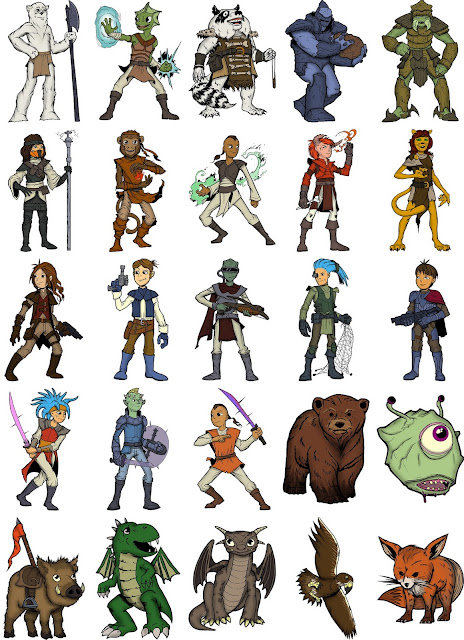 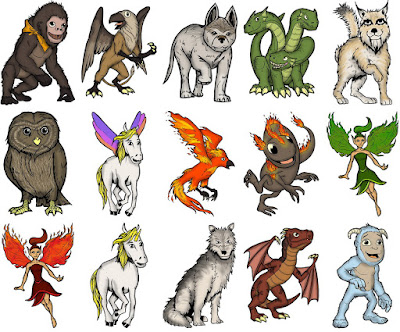 Here's a sneak peek at what a colored Hero Card looks like: 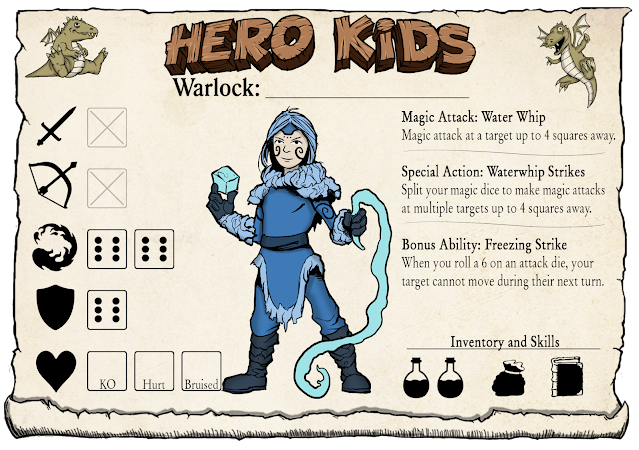