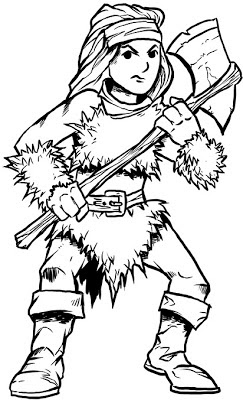 Tim Knight at the awesomely named HeroPress (not to be confused with Hero Forge Games, which is me) has just posted a review of Hero Kids:

I'm only going to bore you a couple of quotes from this lovely review:

"The book is gorgeously illustrated with hero and monster art by Eric Quigley, which has a very 'easy-on-the-eye' smooth cartoony/anime style about it."

"Hero Kids manages to model the core aspects of more adult games in a very simple fashion and looks like the perfect game for young wannabe gamers."

Hero Forge Games at DriveThruRPG
Posted by Justin Halliday at 05:22 No comments:

+Nathan Rogers asked for a printable version of the map of the Brecken Vale, which looks like this when it's little: 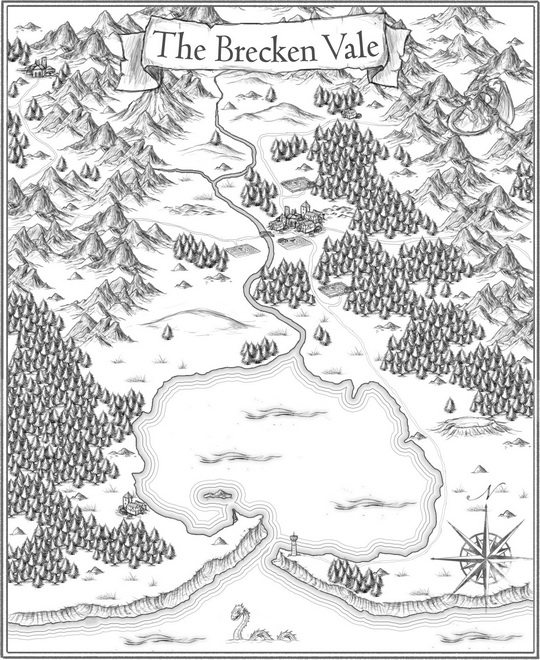 You can all find a huge version of the map after the jump:

Read more »
Posted by Justin Halliday at 01:17 No comments:

After what seems like far too long, I've finally released the new set of heroes for Hero Kids.   As ever, these heroes feature the unique art of +Eric Quigley.

Introducing:
• Acrobat: Perform spectacular flips and tumbles to get in and out of trouble
• Alchemist: This bomb thrower is dangerous to enemies and allies
• Brute (Female): The female brute is big enough to take on any enemy
• Healer (Male): Trained in the forests of the Brecken Vale, the healer is a great addition to any group of heroes
• Hunter (Female): On her days off from duties in the palace, this girl practices with her bow
• Knight (Female): The knight's armor makes her almost impossible to stop
• Storm-Mage: The storm-mage can command elemental lightning against his enemies
• Swashbuckler (Female): The swashbuckler's shipboard training focused on fighting multiple enemies
• Swashbuckler (Male): This swashbuckler was born and raised on a pirate ship
• Wolfchild: Abandoned in the forest as an infant, the wolfchild was raised by wolves


Posted by Justin Halliday at 07:22 No comments:

The Hero Kids hero cards are now available in French on DriveThruRPG! 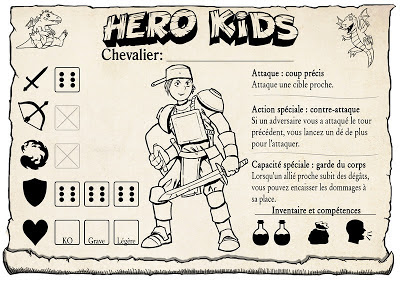 Special thanks to Jean-Marc Tommasi and Thomas Gallecier for the translations.

Hero Forge Games at DriveThruRPG
Posted by Justin Halliday at 14:52 No comments: 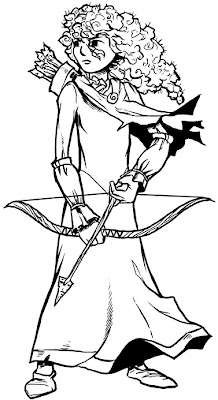 "Hero Kids is a great way to bring your youngsters into RPGs.   This was supposed to be for my six year old, but the whole family (including my wife!) was able to jump right in!   The game took less then an hour to play, so it kept everyone's attention and was over before they became distracted.   Very easy rulesets that are expandable for different age groups (up to around 10 y/o) and for different sizes of groups.

Definitely, worth the purchase and great chance for family RPG fun!"

Hero Forge Games at DriveThruRPG
Posted by Justin Halliday at 05:01 No comments: